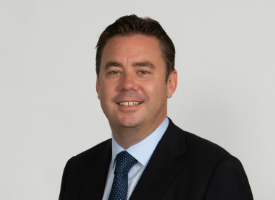 Alex is the Chief Executive Officer for AMP Australia.

Alex was with Credit Suisse for 12 years, six of which he was Chief of Staff for Asia Pacific. He also held the roles of Deputy Market Area Head for Developed Asia from 2014 to 2015 and CEO of Credit Suisse Private Banking Australia from 2016 to 2018. During his time at Credit Suisse, Alex developed a strong track record in building and leading businesses as well as driving a wide range of business development activities.