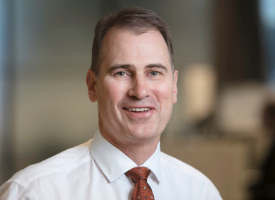 Andrew is the Chief Financial Officer for Challenger Limited.

Andrew Tobin joined Challenger in 2007 and was appointed Chief Financial Officer in February 2012.

In this role he is responsible for Challenger's Business Services division which comprises a number of group operational areas including finance, investor relations, treasury, operations and information technology. Prior to this role he was the group's Deputy Chief Financial Officer.

After originally training as a chartered accountant with KPMG, Andrew has spent more than 25 years in the banking, insurance and wealth management industries in Australia and Asia. He was previously the General Manager, Finance for the Premium Business Services division of CBA and has also held senior roles for National Australia Bank and Lend Lease Group.