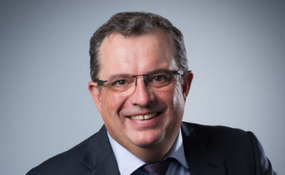 Scott was appointed to the FSC Board in December 2021

Scott was appointed CEO of Australia Wealth Management in January 2021, responsible for AMP’s wealth management division with a focus on delivering leading customer outcomes to drive the long-term growth of the business.

Scott has more than 25 years’ experience in executive management roles including 20 years in the wealth management industry.

Prior to joining AMP, Scott was the CEO of Sunsuper. Under his leadership from 2014 to 2019, Sunsuper grew to become the fourth largest (by number of clients) and fastest growing ‘Top 10’ superannuation and retirement business. Strong organic growth of the business was also supplemented by two successful mergers with Kinetic Super (A$4 billion and 250,000 members) and Austsafe Super (A$2.7 billion and 100,000 members).

Prior to Sunsuper, Scott spent 15 years in executive roles with MLC/NAB Wealth including his last role as  Executive General Manager of Corporate and Institutional Wealth at MLC/NAB Wealth from 2009 to 2013 when he led various subsidiaries including Plum Financial Services and Jana Investment Advisors.

Scott is a Co-Chair of the FSC Superannuation Board Committee.  He is also a Fellow of the Association of Super Funds in Australia and a Member of AICD.